A fundamental understanding of commercial leases is important for anyone wishing to invest in or rent a commercial property.

Most commercial property is owned on a leasehold basis. Commercial freehold applies mainly to either very large acquisitions by investment firms or smaller sales of say, a small warehouse, mixed-use residential units or small office blocks and hotels.

Commercial leases usually last for somewhere between 1 to 25 years, or rarely longer. They are subject to more unique clauses, terms and conditions than residential property leases.

Here, we’ll be discussing the main types of commercial leases in the UK. 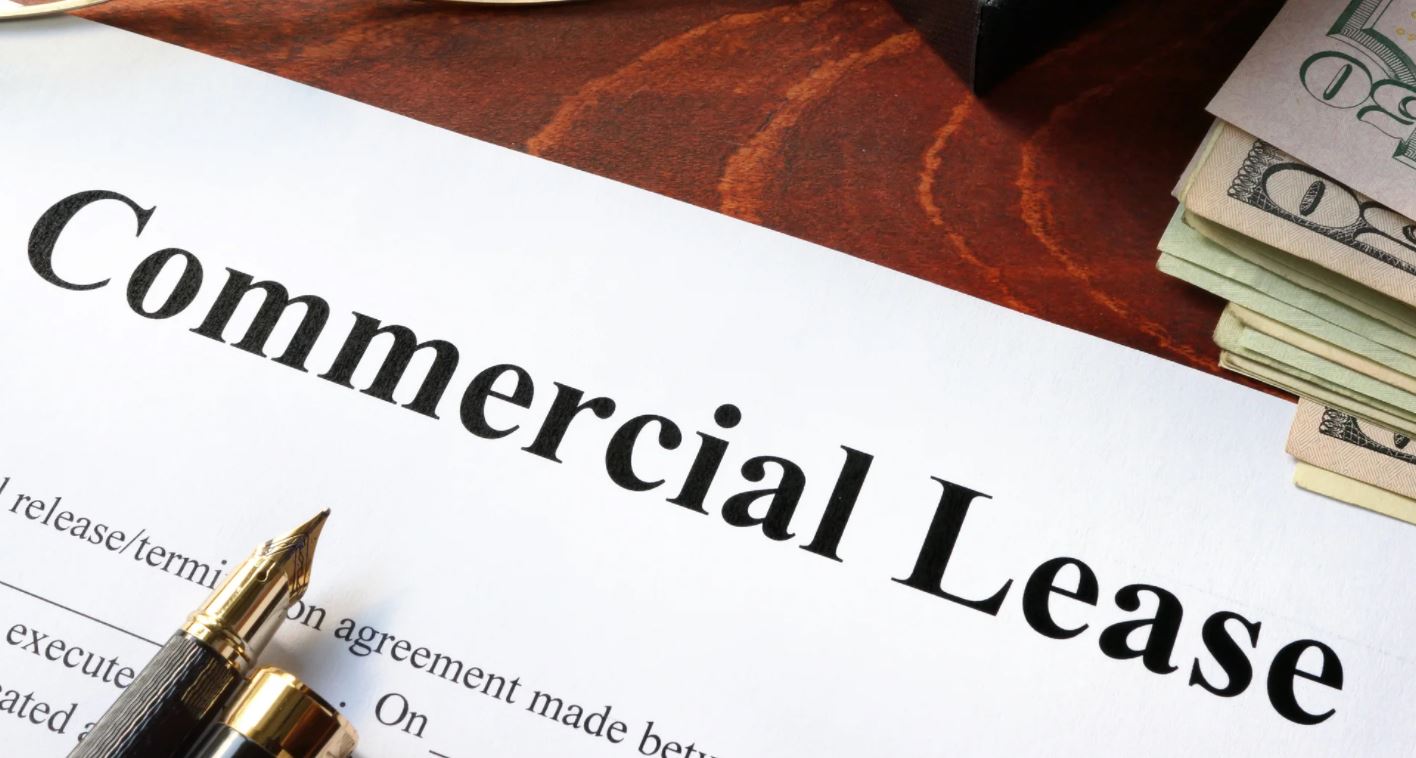 Percentage leases were the go-to for renting spaces in shopping centres or other retail or leisure spaces like airports, hotels, train stations, etc. Percentage rents are also called turnover rents, as they charge a fixed percentage of a business’s retail turnover in addition to a base rate. The turnover requested by the landlord generally varies between 1% to 15% with an average of 7%, according to Savills.

Percentage rents ensure that tenants only pay more when they make more, whilst landlords have the security of a base rate to fall back on if tenants make very little (e.g. in the case of the coronavirus pandemic). In the coronavirus pandemic, landlords were often faced with their tenants on turnover leases breaking the lease or attempting to find new tenants, both of which would leave the units unoccupied.

This often meant landlords had to drop turnover rents significantly to ensure that they received something rather than nothing. As such, it seems like percentage rents primarily benefit the tenants, but landlords will receive considerably more rent when business is booming and this often makes up for the low points.

Gross leases charge a single gross rental fee to the tenant that covers the cost of rent only, and not any other fees, charges or taxes for:

These are often used for shorter-term ‘managed’ spaces, e.g. multi-tenant offices or retail spaces that are looked after and maintained entirely by the landlord for the sake of all occupants. The trade-off for the tenant is less freedom and higher rent, especially given the chance that the landlord may overestimate some of these costs to keep themselves suitably protected from risk.

What are commercial property taxes in the UK?

Property taxes in the UK include business rates. These vary widely depending on the property, business and council or local jurisdiction. The government provides extensive guidance on business rates at the Valuation Office Agency (VOA) who provide information on commercial properties for the sake of taxation. There may be opportunities to claim tax relief on some business rates.

In the UK, most Local Authorities allow the landlord to collect rent inclusive of business rates who will then pay the bill for these. However, it’s worth noting that most local authority guidance states explicitly that the tenant is still liable, and it will still be their name on the bill.

“Sometimes the landlord of the property charges the occupier a rent that also includes an amount for the business rates. It remains a private matter between the landlord and occupier to decide who is responsible to make payment, however, the bill will remain in the name of the occupier, and if it is not paid, action will be taken against the occupier, not the landlord, to recover the amount due” – Brent Council.

You can find similar guidance on many other council’s websites, e.g. Oldham and Harrow say the same here. Do not presume that this is the case in every Local Authority across the UK, and the rules will almost certainly differ in Scotland and possibly in Wales and Northern Ireland.

There are 3 types of net leases that provide the landlord with the net value of rent, fees, taxes and other charges.

The NN lease is more common in the UK as it leaves maintenance up to the landlord who remains liable for maintaining the entire building. It might be a wise choice if the tenant has specialist insurance demands but wants to leave maintenance up to the landlord still. In many commercial buildings, units will be different sizes and will incur different business rates, which makes tenant management of their own specific business rates sensible from an admin perspective.

Double net leases make good sense in many situations where the landlord owns the building and wishes to maintain and manage it, or parts of it, whilst also passing on insurance and taxes to businesses. It’s a good blend of freedom and control for all parties.

NNN leases allocate all charges, taxes, fees, etc, to the tenants. That includes property tax, insurance, repairing and maintenance costs and utilities. The tenants will, therefore, have more freedom under an NNN lease as they are not being ‘managed’ by the landlord. In receipt of that freedom, they obviously have greater risk and responsibility.

NNN leases may also be called Full Repairing and Insuring Leases (FRI). They enable landlords to install tenants, collect rent and pretty much forget about them until they break their lease, the lease ends, they find new tenants, or default on their payments, etc. For landlords, NNN leases provide a passive income stream with a ‘hands-off’ approach that also benefits some tenants who can just ‘get on with it’ and conduct their business in the way they wish.

Triple net lease and FRI leases both expose tenants to more risk, including for repairs or problems that arose outside of their tenancy (e.g. under previous tenants). This makes the commercial due diligence process extremely important, including the service of a Chartered Surveyor who can conduct a full building survey and recommend further specialist surveys or building investigations.

A rigorous Schedule of Condition is also vital to ensure that there is a proper record of the building’s condition before the tenants moved in.

FRI and NNN leases do also pose some risks for the landlords as they may only require the building to be returned in a ‘tenantable state’, which is subjective unless highly-specified on the lease. This may allow the tenants to get away with leaving the property in a pretty poor state.

One way to think about commercial leases is as a spectrum of risk. On one hand, true gross leases make life very easy for the tenants – they simply pay a flat fee to the landlord who manages everything else, including business rates. 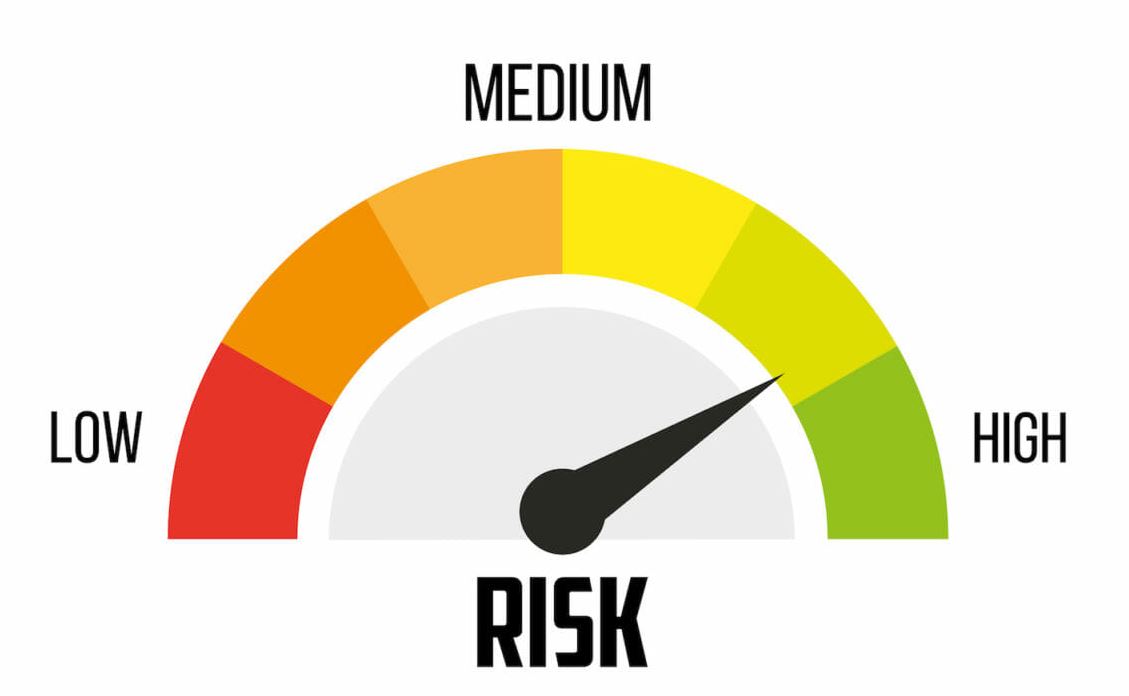 This setup may become more common as businesses seek short-term ‘flex space’ for their agile business operations. This demand for shorter-term commercial leasehold has been highlighted already by Savills with major investment companies aiming to add more flex space to their portfolio.

Of course, in return for a very low-risk, no-hassle, no-risk deal on their lease, businesses will pay a premium price in rent. Often, that will be worth it for them, especially over shorter terms.

On the other side of the spectrum, you’ll find NNN and FRI leases that shift the burden of responsibility, and indeed due diligence, to the tenants. This benefits experienced commercial tenants and businesses that know what they want to do with a building and have the necessary legal and operational clout to make their NNN lease work.

NNN leases are cheaper and more negotiable than any other lease time – they offer the cheapest route to commercial real estate ownership for experienced businesses.

Summary: What are the Most Common Types of Commercial Leases in the UK?

Leases vary widely but will likely fall into one of 3 main categories that are used both in the UK and internationally; percentage leases, gross leases and net leases. There are 3 subtypes of net leases; single net (N), double net (NN) and triple net (NNN). Triple net leases may also be called Full Repairing and Insurance leases (FRI).

Knowing your way around your lease is crucial and will inform the due diligence process in regards to surveys and other property checks which will be required for a triple net lease.