Interest rates in the UK, and indeed throughout much of the world, have been held at historic lows for some time. Entire generations have not yet seen a high-interest rate economy – the base rate has been held below 1% for 10 years but the coronavirus pandemic slashed the rate to a 325-year historic low of 0.1%.

The Bank of England Interest Rate: a Brief Explanation

The Bank of England is tasked with maintaining the government’s target inflation rate of 2%. 2% has long been deemed as an adequate target for controlling prices, saving and spending. The goal is to ensure stability for people and businesses to plan for the future. Interest rates are just one tool the Bank of England uses to control inflation.

A low interest rate environment lowers the cost of lending and borrowing and means poor returns on low-risk asset classes like bonds. This sends investors in search of higher risk options, like property. Traditionally speaking, then, housing prices tend to rise in a low-interest environment.

The current low-interest-rate environment of 0.1% has really encouraged banks to ‘turn on the taps’ regarding mortgages and commercial lending. Any sort of economic activity is being hotly encouraged to get the economy moving again in whatever way possible. 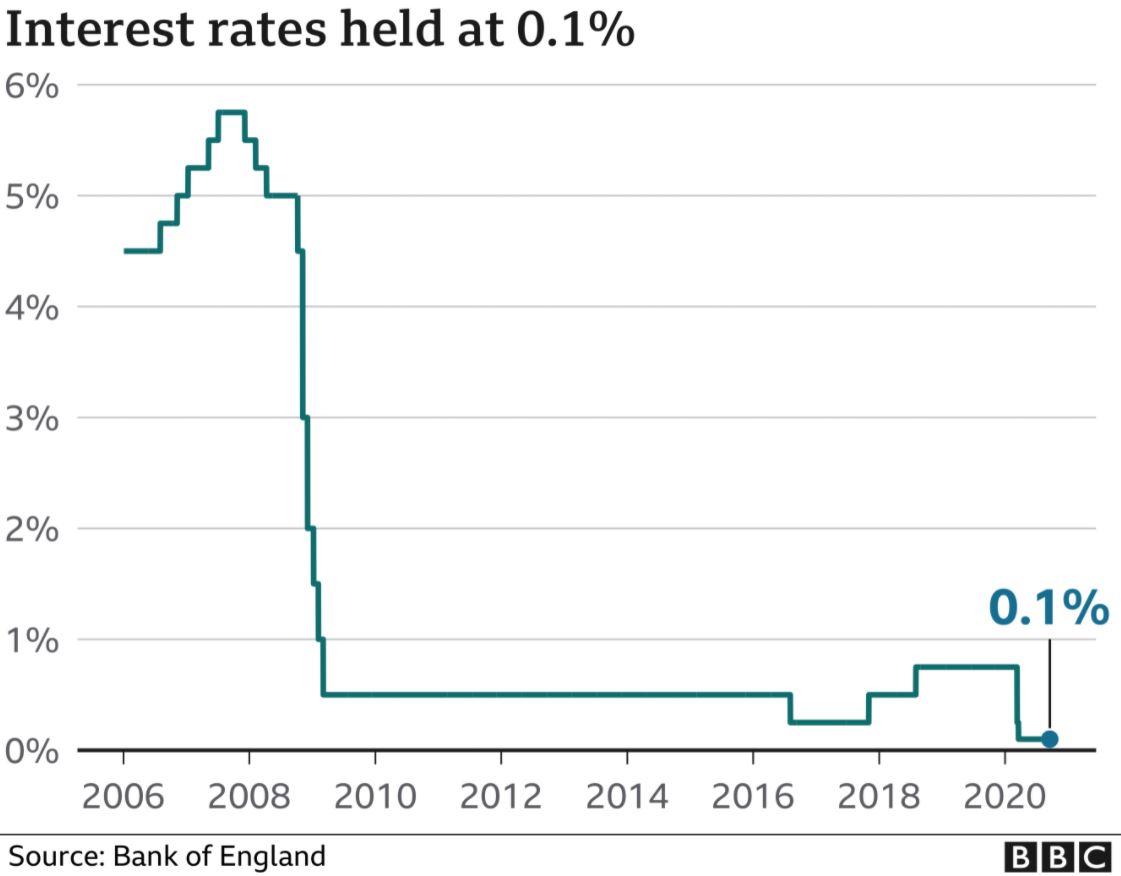 “The Bank of England (BoE) wanted to keep money in the real economy and to kick-start spending. The intention is to get money flowing out of banks and into the economy in the form of loans and mortgages” – Azad Zangana, Senior Economist and Strategist.

Low-interest rates are now a new norm and we’re sailing through unchartered territory. Older economic frameworks and models are failing to describe current economic changes. This is underlined by discussions of negative interest rates, which whilst unlikely, are a concept to become familiar with.

Conversely, rising interest rates alongside rising inflation increase the cost of lending, but also signify growth in the economy. This means potentially higher yields and lower vacancy rates. In the past, commercial property was used as a hedge against inflation, protecting investors from the lower purchasing power of money. Today, inflation like we’ve seen in the past e.g. 25% in the 70s and 10% seems woefully unlikely. 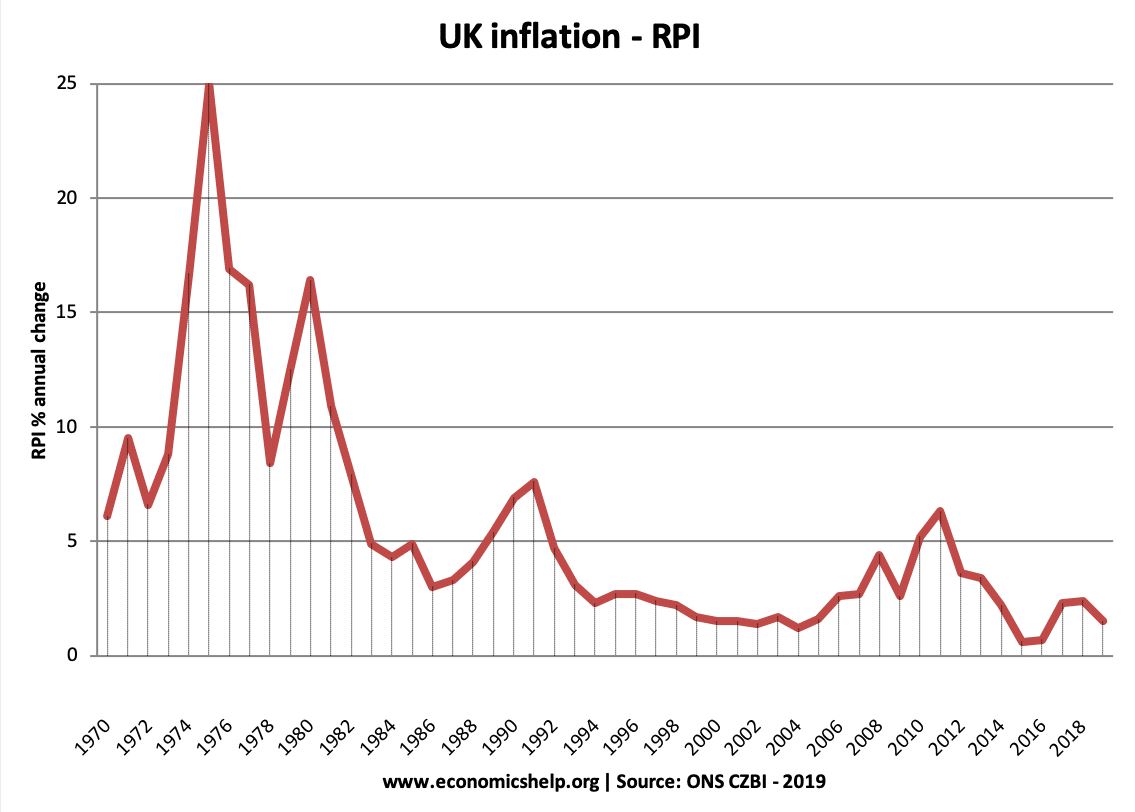 Nuance needs to be applied when analysing the relationship between commercial property and interest rates, as interest rates do not exist in a bubble and are linked to sensitive economic conditions. For example, the low-interest-rate environment we’re experiencing now is different to the low-interest-rate environment experienced throughout the 2009 financial crisis. Interest rates sat at 5.25% at the start of 2008 and were cut to just 0.5% in March 2009 – and they are even lower now, but for different reasons.

The wider economic context of the pandemic means that whilst low-interest rates should hot up the commercial property market due to the excellent performance of commercial yields vs bonds and other assets, downbeat consumer confidence, unemployment and the rise of working-from-home all affect commercial property too.

Inflation is currently north of 3%, higher than the target 2%. Inflation may even rise to 4% or 5% by the end of the year, but interest rates will likely be held at 0.1% for the near future, especially if the economic recovery proves ephemeral. 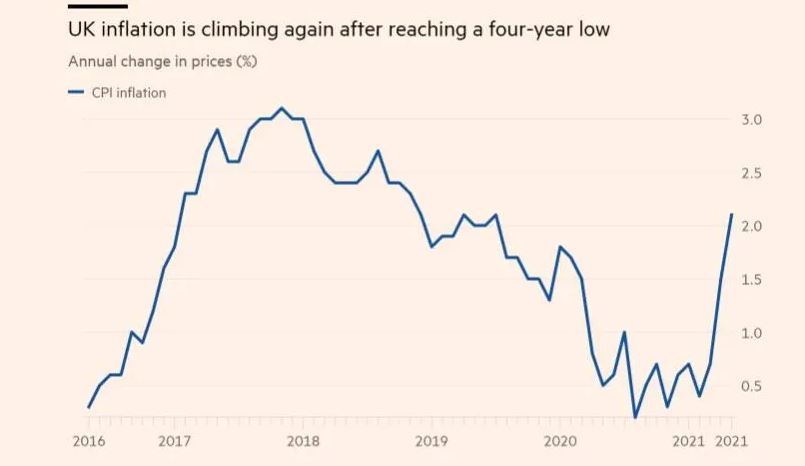 As it stands, low-cost borrowing should spur on commercial investment in new and existing developments, the lingering gap between inflation and interest rates is putting investors in a good spot for absorbing any subsequent rises in interest rates.

Supply and Demand Is Still Key

The low cost of borrowing is not particularly advantageous without reliable returns, and since low-interest-rate environments increase the risks investors are willing to undertake for healthy returns, demand is crucial. Finding the right commercial property investment opportunity for the current economic conditions and market is always vital.

We know that office demand dropped through the coronavirus pandemic, for example. Even with low-cost borrowing, plunging into a commercial property class with low occupancy rates and yields is a high-risk endeavour, even if the investor is hedging their bets against a rebound of activity in that sector.

Some commercial property classes have grown considerably in-demand, such as flex working space which is now a major component of high-profile commercial property investment portfolios. Industrial, warehousing, distribution and logistics spaces have registered phenomenal growth which is reported by Savills month-in-month-out. The general rise of eCommerce combined with consumer savings accumulated over lockdown has propelled the demand for warehousing, logistics and distribution.

Low-interest rates and low-cost borrowing does not signify an opportunity to get stuck into a low-demand, waning commercial property sector just because it’s cheap to do so. In reality, however, commercial yields have remained pretty healthy throughout 2021 as lockdowns come to an end with the retail sector also registering somewhat of a bounceback, much to the delight of retail property investors.

The Bank of England first warned commercial banks, building societies and other lenders about the possibility of a negative base interest rate in 2020. In February 2021, they stated that banks should be ‘operationally ready’ to roll out negative interest rates in case the economy faded after early signs of a post-pandemic recovery.

Low-interest rates, though an alien concept in the UK, are not so strange across the Eurozone and in Japan. 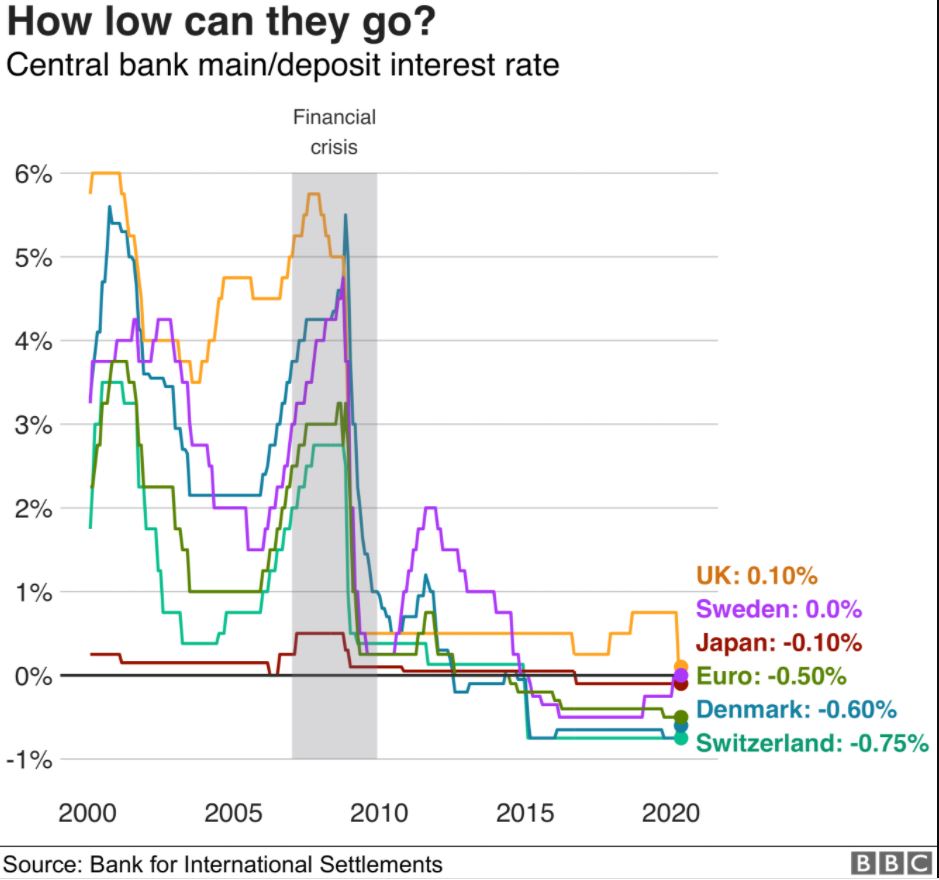 The chances of negative interest rates are very slim indeed, even slimmer now than they were at the start of the year. But the point is, banks are equipped to use them for the future and the BofE has still set somewhat of a precedent that this is possible, maybe not soon, but possibly still in the future.

“While technically we’ve been preparing, and we could do it, the likelihood of negative rates in the U.K. has in my view diminished,” Natwest Group Plc Chairman Howard Davies tells Bloomberg.

Low-interest rates could even cause banks to charge customers that hold their money in savings. For example, a negative interest rate of -0.25% might see savings erode by that same percentage – quite a shocking suggestion. In practice, evidence from elsewhere, e.g. Sweden, shows that banks rarely, if ever, charge customers to save.

That’s the problem with negative interest rates, it’s literally more economically advantageous to stash your cash under the mattress than it is to keep it in a bank. If people do this, the banks lose liquidity.

For the commercial property market, it’s lending that really matters. After all, commercial property is all about leverage. In theory, negative interest rates could even cause banks to pay people to borrow their money – it sounds absurd but briefly occurred in Denmark:

“In 2019, for example, a Danish bank offered a ten-year mortgage at –0.5%. Compared to other potential returns it could get on its cash, it must have viewed this as an attractive opportunity” – – Azad Zangana, Senior Economist and Strategist tells Schroders.

In reality, UK mortgages will never fall below 0% because terms have already been installed to prevent this, largely after the rapid decline in interest post-financial crisis which left borrowers waking up to much-reduced interest on their tracker mortgages.

However, it is true that bonds and cash provide absolutely nothing in a negative interest rate environment, so given that commercial yields remain some 5% even in torrid economic conditions, they would have to rank as one of the best investments going, right?

It’d be like turning the taps on into a bath with the plug out. All of that ‘free’ lending could just wash away if there’s no one to take up already-skinny rents. After all, an empty building is rarely a profitable building when it comes to commercial real estate. As stated before, homing in on pockets of demand has become more important than ever.

Summary: What Could Negative Interest Rates Mean for Commercial Property?

Negative interest rates are fact, not fiction. They just haven’t washed up on our shores yet. That said, they’re extremely unlikely and looking less likely by the minute as inflation continues to rise. Whether this can be sustained is a different question – long-term economic forecasting right now is notoriously difficult.

Investors should watch interest rates and inflation over the next few years but not overreact. Neither exists in a bubble and whilst yields remain high and stable, commercial property will remain high up the pecking order for the foreseeable future.

What are negative interest rates?

Negative interest rates are when central and commercial banks, as well as building societies or other lenders, set their negative rasters below 0%. The Bank of England Base Rate has never dropped below 0.1% (which is where it is in 2020/2021 and likely for most of 2022), but interest rates in other countries have dropped below 0% for sustained periods of time. In essence, negative interest rates should deter savings and holding low-risk assets – the return is 0% or under. Instead, investors would be better off looking to borrow cheap debt to pursue higher-risk, higher-return investments, thus stimulating the economy.

What do negative interest rates mean for savers?

In theory, a negative interest rate might mean that banks charge you to hold your money. The concept seems quite ridiculous and is unlikely to occur. It would be better to simply withdraw the money and stash it in cash. Conversely, it might also mean banks pay you to borrow money, which did happen once in Denmark. Lending would become very cheap – mortgages would cost next to nothing in interest payments.

What do negative interest rates mean for property?

Negative interest rates should stimulate property ownership and investment sine there is no benefit to keeping money in low-risk options like savings accounts or bonds. The returns from property should be much higher. This causes property prices to increase – that’s the whole point of setting low-interest rates – to encourage spending and increase prices towards a more reasonable level of inflation. What tends to happen, however, is that property inflates at a more-than-reasonable rate under low-interest rates and prices come down quicker than expected when interest rates begin to rise.